Dota 2 skin betting has been popular since its video game release. It attracts many customers not only for playing an excellent game itself but also because it features large numbers of tournaments and leagues. This reason generates an abundance of betting interest for esports enthusiasts. However, what makes Dota 2 skin betting best among other esports is its aspect of allowing users to use skins or items for betting aside from real money.

Dota 2 skins or items are cosmetic effects to enhance your hero’s appearance. It can also change in-game maps, weather, courier, and the hero’s mode of skills while not affecting its damage or the gameplay. The skin or item can either be in your possession through system drops after match and event participation or steam purchase and trade. Each skin has its designated price depending on its class, rarity, and beauty. It’s what makes players willing to purchase items with a large sum of money only to stand out among the crowd. And it is also the reason how Dota 2 skin betting came to be popular. 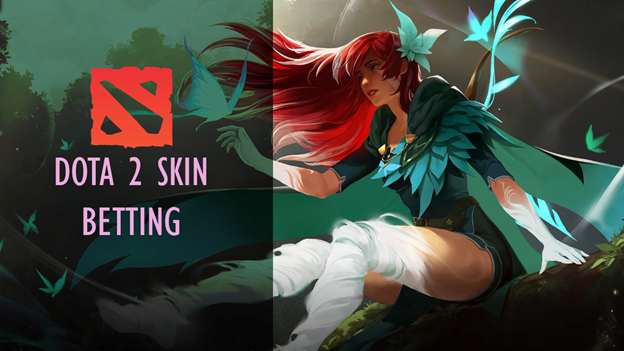 A lot of controversies have been around for banning the practice of Dota 2 skin betting because of its unregulated process for a long time. But still, there are a lot of Dota 2 items betting legal sites we consider reliable. Dota 2 Lounge would be our first on the list, but since the Valve crackdown incident, Dota 2 skin betting on this site has stopped and now only allows trading. But a well-known site we recommend is Vpgame.com with a sole downside of not being able to produce real money because it only permits skins and items withdrawal.

What Are The Best Dota 2 Skins Betting Items?

Every Dota 2 hero has their unique history of how they end up waging a war of the ancients in Dota. Each hero exhibits different skills and fighting equipment. Death Prophet can summon ghosts, Pudge’s meat hook can catch enemies, and a lot more to mention that stands as a vital element of the popular game. And ever since Valve added items or Dota skins, more and more players purchase, collect, bet, and the game prospers and profits. But, of course, nothing is better than having the most expensive and best things from the game, whether you are just a casual gamer wanting to brag, or someone who wants to join Dota 2 skin betting.

Aside from class, rarity, and beauty, the best Dota 2 items have price variation due to availability. Some items are rarely sold and are difficult to assign specific value. And listed below are some notable items for Dota 2 skin betting together with its price.

This skin has been on high-demand for too long in Dota 2 skin betting that countless phishing schemes have used it to scam people. Being the most popular hero of Dota 2, Pudge surely deserves the spot of getting more expensive skin than most heroes. It makes Pudge’s hook look bigger, jagged, and brighter. His arm that transforms into chains looks like spinal columns, and makes the skin more detailed and deserving of its value. Priced between $150 to $200 since 2012, the rising demand for the skin increased its value by up to $1000. Until today, the Dragonclaw Hook still costs between $800 and $850.

With its total eye-catching and rare drop from the Immortal Treasure II of the battle pass in the International 2015, this skin made its name to the list of best Dota 2 items. Its design looks like the in-game item Skull Basher and features unique animation graphics for its Mana Break, Mana Void, and actual purchase of the item in the game. With its combination of an alternate death animation and ambient effect, the Golden Basher Blades made its name as one of the best Dota 2 hero artifacts. It is a bundle that consists of two Basher of Mage skulls that should be intact to maintain its high value reaching between $750 to $800 when sold. But if you happen to open the bundle, each weapon will be worth only less than $10 each.

This is a bundle exclusively sold for Korean players under the Nexon servers. Dota 2 created the concept because of its unpopularity in South Korea compared with its rival League of Legends. As a result, this skin bundle is considered rare and extremely valuable. And because it did not sell for a long time, determining its precise value would be difficult. However, two swords that are part of the bundle recently sell for over $500 each. So, it is not wrong to say that the complete and unopened bundle would cost over $1000.

Dota 2 skin betting would not be popular if it has many discrepancies to bet skins. Some sites may offer to bet items and not withdraw real money, but still, it is justified because you also only bet hero items. Finding sites that let you bet items is already a blessing for the esport community.  Dota skins are now not only used for in-game physical beauty but also to bet these things. Their value may also vary from time to time, but this could also be your investment since old Dota hero components have rising value due to unavailability. You will also not lose physical money when you bet skins online because Dota 2 skin betting does not require a money deposit as long as you have Dota skins.