Most Expensive DOTA 2 Items: An Overview

DOTA 2 is undoubtedly one popular game developed by Valve. It is an online video game with an arena-like setting. It is a sequel or an improved version of its predecessor game, Defense of the Ancients. Throughout its development, the game has created unique in-game weapons or skins for its users to gain during a battle. But for those avid fans, the game offers rare skins for a limited time or a specific celebration or tournament. And due to this, a category of most expensive DOTA 2 skins is out in the market that only players with money or good sponsorship could have.

DOTA 2 skins are aesthetically beautiful. Since the game has numerous heroes to choose from, personalizing a hero, which differs from others is another satisfying factor for users. But some of these unique items are expensive to players who do not have enough funds to purchase them. However, knowing some of the most expensive DOTA 2 items might help players have the dedication to improve their gameplay.

5 Most Expensive DOTA 2 Item in the Steam Market 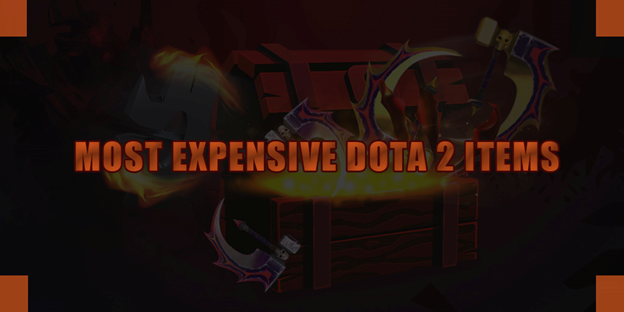 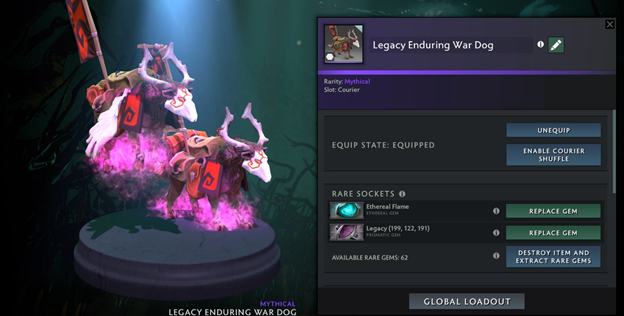 Courier is one item during any in-game gameplay which every team should purchase first. A courier delivers in-game purchases in between battle for heroes who are far away from the market. And some players love to have a courier with style. Hence, the development of Legacy Ethereal Flames Wardog. It is considered one of the most expensive DOTA 2 items as it cost $38,000. 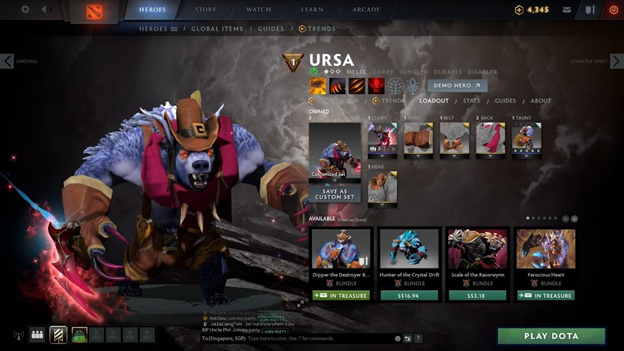 This item has a unique history as it is cowboy-themed Ursa cosmetics that were available in DOTA 2’s in-game store in the year 2012. But such was quickly taken down when an issue regarding its novelty was questioned by fans. It is one of the most expensive DOTA 2 items in the Stream Market. It is priced at $1,200. As of this moment, it is considered very rare, and the number of skins available in the market is unknown. 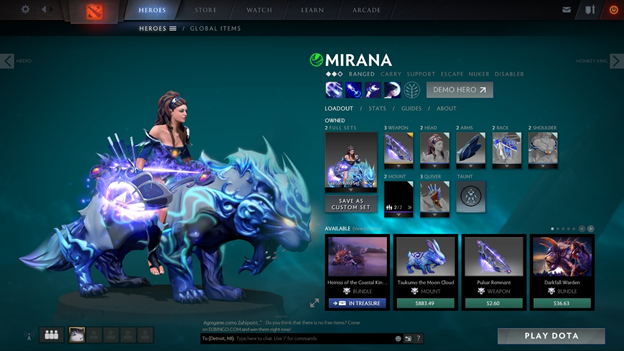 DOTA 2 is a game which has been developed through the years and has provided good quality merch over the years. And many of such include in-game promotional items attached to them.

In the year 2017, Artgem released a limited edition Mirana statue which is quite pricey. And buying such would include Tsukumo the Moon Cloud, which Mirana could mount. And as through time, this item has increased its price up to $1,200 today. 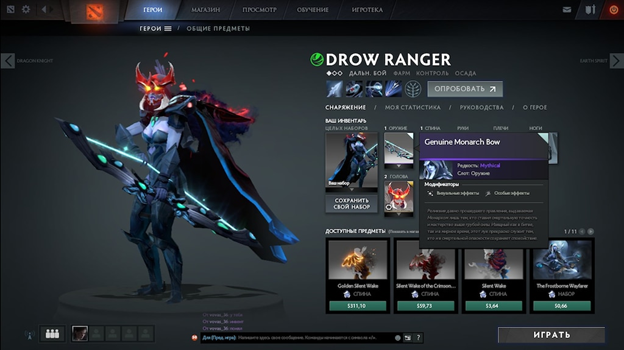 A mythical weapon for Drow Ranger, can only be obtained in genuine quality by purchasing the Butterfly Sword. This skin is designed and developed by WETA Workshop. It is no longer available, and those selling this in the Steam Market price it at $1,700 for it is no longer offered. 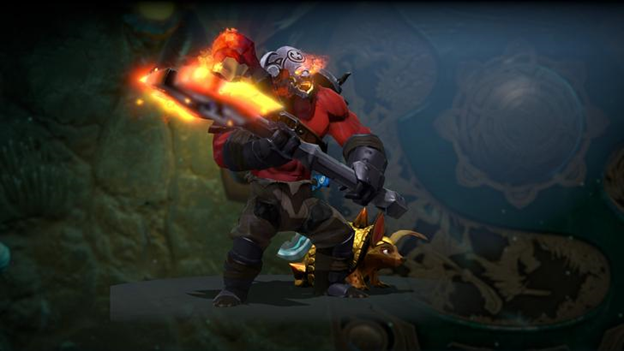 Another most expensive thing in the Steam Market, just like the Tsukumo the Moon Cloud, can only be obtained by purchasing a very expensive statue. This skin came out in 2013 and is underwhelming compared to other Axe items. This item sells for over $1,000 and could even go higher up to $1,700 in the market.

DOTA 2 cosmetic items will give your heroes an upgrade on how they look. And it can be aesthetically pleasing during gameplay. With this, here are some in DOTA 2 that can give you such an experience.

It is one of the DOTA 2 cosmetics most fans are aware of. And has become one of the highly demanded and became a famous centerpiece in numerous phishing schemes over the years. Lastly, it is a popular cosmetic because Pudge is a well-known hero with a unique character design.

It is a DOTA 2 cosmetic item because of how aesthetically pleasing once worn by Drow Ranger. The midwinter drift effect of this creates scatter in a silent gust from the passing ranger. And before it settles gently back to earth. The animation of using this gives another kind of dramatic style during gameplay.

In every online game, there will always be rare ones players would love to have. And this does not exclude rare DOTA 2 items . There are numerous rare items every player dreams of. Here are some of those:

This rare one in the game is difficult to get nowadays. This courier can be obtained through completing three stars in the Sitlbreaker campaign with a rarity of being immortal. And due to being rare in the game, it is priced at $2,000 in the steam market.

Another rare in DOTA 2 and can also be considered as a cosmetic. But because it cannot be traded nor be marketed, it becomes a rare one to obtain. It is a weapon that is identical to the Golden Ornithomancer Mantle Benefactor, the only thing that differs is it cannot be open for trade nor be available in the market.

Golden Basher Blades is an eye-catching Anti-Mage weapon which can only be obtained in an extremely rare drop. And such was only possible during the Immortal Treasure II provided in the battle pass for The International 2015. It has a design looking like a Skull Basher and has an ambient effect, and has an alternate animation. Lastly, this rare weapon in DOTA 2 is one of the most elaborate things to have.

How to Determine the Most Expensive item in DOTA 2

If the year is considered one of the most popular one or is a year of developing good skins and in-game weapons.

If the hero will use the said weapon or if one is known and is used by mostly players, then another factor to determine if such is one most expensive item in DOTA 2.

If the skin or in-game weapon is only offered for a limited time, then it is expected to be expensive as not everyone will be able to get a hold of it. Since not everyone has funds on the spot when an item drops in the market.

DOTA 2 items are created by different special effects and prop companies that are located in different countries. Some could create good skins or in-game weapons while others cannot. And knowing who created these gives another factor if the item could be considered an expensive one in DOTA 2.